Drivers in B.C have another bad news waiting for them. Soon they are to become the highest paying province for auto insurance.

The news comes in the face of yet another increase of rates in November by the ICBC. By next year B.C. will overtake Ontario which till date has the most expensive auto insurance rates in Canada.

The situation came to light after it was revealed by the Canadian Taxpayers Federation (CFT). Director of CFT in B.C, Kris Sims quoted an Ernst & Young report published during the summer to the media.

According to it, B.C. drivers will have to cough up around $1,700 per year on an average as auto insurance premium. Just a year back the average rate per year used to be $1,550.

The rate is Ontario on the other hand is not more than $1,500. Also, the rate has been stable and didn’t increase in the recent past.

Sims blamed the monopolistic policy of the ICBC for the situation. She suggests turning the ICBC into a co-op so that B.C. drivers can participate and own it at the same time. Then it can be introduced to private competition.

The lack of options was another important issue for residents of B.C. Sims and drivers seem to agree that they need more options when it comes to purchasing auto insurance. Healthy competition can keep the rates stable and provide some relief to the drivers.

There was no representative from ICBC available to comment on the development. But it issued a statement to a news agency called News 1130. It confirmed that the average B.C. drive wound end up paying around $1,700 combining optional and basic insurance.

Many drivers in B.C. posses a good driving record but they are penalized for the mistakes of others. Sims also brings up the same topic. She questions why good and responsible drivers have to pay high premiums because of some terrible drivers. The people who drive terribly should be the ones to pay more, in her opinion.

The opinion makes sense and lately there has been some development in indentifying terrible drivers. Some insurance companies over the world and in Canada have started offering lower rates if drivers let them track their driving habits.

The idea is innovative and there had been some interest in the offer. The Intact Financial Corp. based in Toronto launched their tracking program “my Driving Discount” back in 2013.

Drivers can plug in a device or use a smartphone app which will track their driving. Factors like hard braking, sudden acceleration, and driving at night are included in the risk category and viewed as negative. Naturally, they will have higher rates than people with good driving habits.

Over 350,000 Canadian drivers took part in the tracking program which lasts for nine months. According to the company, most of the drivers get a discount of 10% to 25% by opting in.

B.C can benefit from such tracking program and offer a way to the drivers to get lower rates. 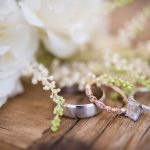 Tie the knot without tension with wedding insurance